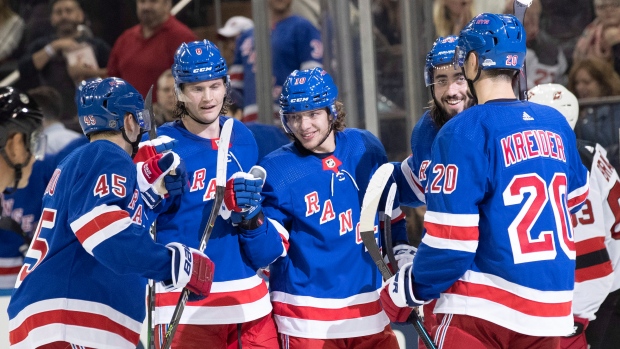 Panarin scored a goal in 12 minutes of playing time against the New Jersey Devils before leaving with the injury Wednesday night.

The Russian winger had a career season with the Columbus Blue Jackets last season, scoring 28 goals and 59 assists over 79 games.

Panarin has 116 goals and 204 assists over 322 career games with the Chicago Blackhawks and Blue Jackets.