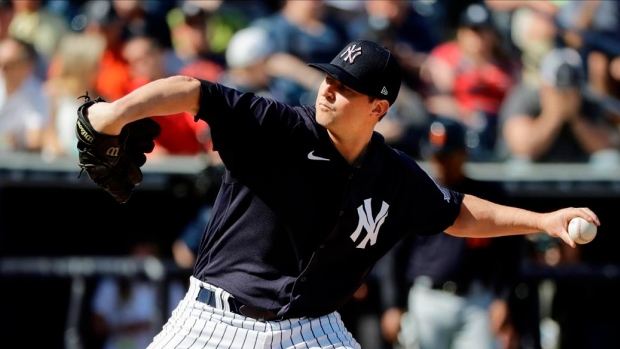 New York Yankees reliever Zack Britton will undergo surgery on his left elbow to remove a bone chip in the upcoming days, the team announced Tuesday.

LHP Zack Britton is expected to return to New York tomorrow and will undergo orthoscopic surgery to remove a bone chip from his left elbow in the upcoming days. The surgery is expected to be performed by Dr. Christopher Ahmad at NewYork-Presbyterian Hospital.