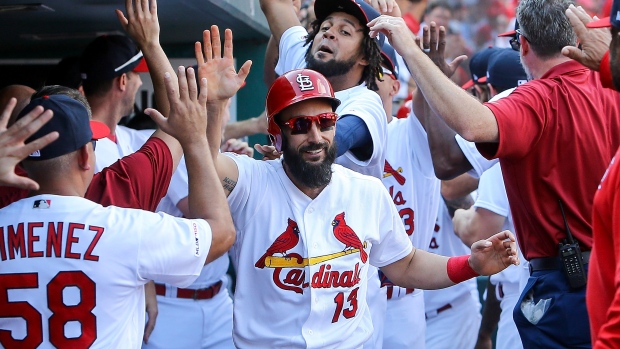 Matt Carpenter has landed with the New York Yankees.

The team announced the signing of the three-time All-Star infielder to a major-league deal and added him to the active roster.

The New York Yankees announced today that they have signed three-time All-Star INF Matt Carpenter to a Major League contract and added him to the active roster.

Carpenter, 36, was released by the Texas Rangers last this week.  He had appeared in 21 games at Triple-A Round Rock, batting .275 with six home runs and 19 runs batted in.

A native of Galveston, TX, Carpenter spent the entirety of his big-league career with the St. Louis Cardinals.

The Yankees open up a four-game set with the Tampa Bay Rays on Thursday night at Tropicana Field.