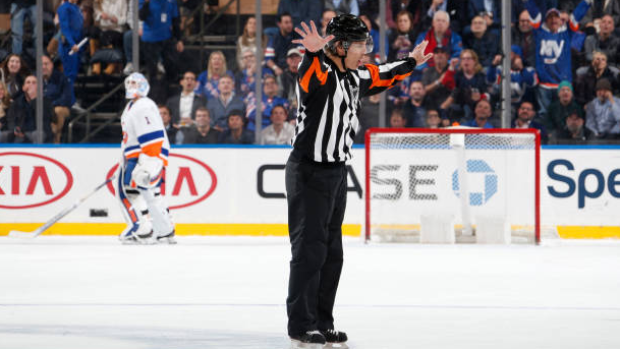 The NHL general managers voted Monday to amend the league''s current offside rule to have a player ruled onside as long as the player has one skate above the vertical plane of the blue line.

The league's current rule requires a player to have their back skate on the ice and on or behind the blueline when the puck enters the offensive zone in order to be ruled onside. The NHL's Debate on the rule has stretched back three years, to when the league first introduced video review for offside.

"When we met with our breakout group [Monday], the group thought that it was tough watching a game, especially with our skilled players, when we see a nice goal being scored and there's a delay and there's a challenge, and we're taking down good hockey goals because the guy's toe is slightly off the ice or he's in a crossing over motion where the majority of his body is still in the neutral zone but his skate is not touching the ice," NHL senior vice president of hockey operations Kris King told NHL.com. "They felt a lot of times the guy that is offside isn't even involved in the rush. They just felt the skate in the air really didn't have a lot of bearing on any of these goals."

The rule change would have seen 14 goals counted this season which were taken off the board due to a player having a skate in the air, rather than on the ice as they crossed the blueline.

"This was one avenue where we thought we might be able to have high-skill plays that have led to goals but were then overturned because of an offside by inches really," Tampa Bay Lightning general manager Julien BriseBois said. "That was never the intent of the rule. Now we have the possibility of having those goals count."

The general managers will still need the approval of the NHL's Competition Committee and then the league's board of governors to complete a rule change.