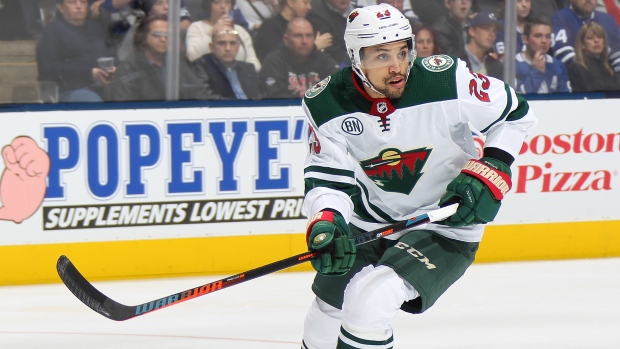 While playing with the Minnesota Wild in his final National Hockey League season in 2018-19, JT Brown became the second active NHL player to pledge his brain to the Concussion Legacy Foundation in Boston.

“We need more information about brain injuries and concussions, the kind of information you can get from studying brains after someone has died,” Brown said in an interview on Tuesday with TSN. “I love hockey and want to see the game grow and would love to try to do what I can to make it safer for future generations.”

Brown, 31, grew up in Rosemount, Minn., and played 365 regular-season games in the NHL with Tampa, Anaheim and Minnesota. Brown played during the 2020-21 season in Sweden before he retired and joined the expansion Seattle Kraken as a TV analyst. He was undrafted after playing NCAA hockey at the University of Minnesota-Duluth.

Brown made his brain pledge in early 2019 but has not talked publicly about his decision before now. He was the second active NHL player to pledge his brain to science, following former New Jersey Devils player Ben Lovejoy, who made the commitment to the same foundation in 2017.

Brown said that he was in 26 fights as a professional and had three fights in junior hockey.

“I think about my brain health, with the style of game I played,” he said. “I was a small player, stature wise, and played gritty and played with lots of energy and tried to hit everything that moved… I don’t know what the impact of the fighting has been on my brain. That’s part of the reason I’m doing this.”

Brown said he suffered at least two documented concussions playing professional hockey, the worst of which occurred during a random play.

“It was innocent,” he said. “Wayne Simmonds and I were skating through the neutral zone. Neither of us was looking at the other. He barely clipped my chin. He wasn’t trying to do anything. There are times you get your head rammed into the boards and no problem; you don’t feel anything. Then you barely get touched and you have to miss time.

“I missed two weeks with that. I had headaches, the sensitivity to light. I was feeling down, feeling foggy. Then you think you can go and play but working out you can just tell your body isn’t right. You’re out of synch.”

“Dan talked about battling depression and his brain health and that’s something hockey wives think about and worry about,” she said. “An [NHL player] gets knocked out or they have to bring a stretcher out for him, there’s always a group chat with women saying, ‘Hope he’s okay,’ and reaching out to his significant other.

“When JT breaks a hand or something like that, we know how it’s going to be fixed. You know he’s going to be okay. But with the brain, you don’t have that same assurance. It’s scarier… The challenge is hockey culture, where guys don’t speak out on a lot of issues.”

Lexi said many players are leery about talking publicly about brain injuries until they are retired.

After researching the science of brain injuries, Lexi contacted the Concussion Legacy Foundation, which works alongside scientists at the CTE Center at Boston University. Dr. Ann McKee, a neuropathologist there, has studied the brains of more than 100 former pro football players and a handful of former NHL players to establish whether repeated head trauma leads to chronic traumatic encephalopathy, or CTE.

CTE can only be detected through a postmortem examination of the brain. The disease has been linked to mood swings, depression and violent behaviour and is caused by repeated blows to the head, researchers say.

Dr. McKee also has discovered CTE in the brains of four former junior hockey players. All four – none of whom advanced to the NHL – died by suicide before the age of 30.