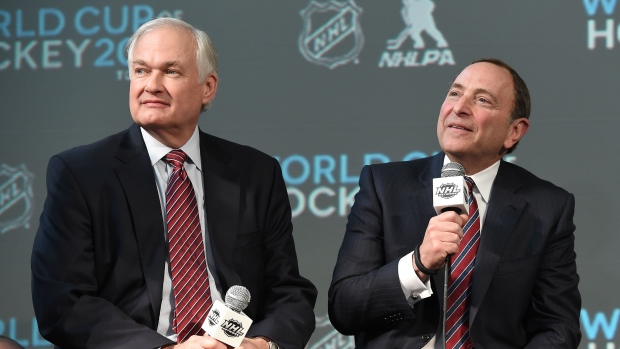 NHL players have deferred their decision on their last paycheque for this season until May 15, according to TSN Hockey Insider Pierre LeBrun.

"Sense is this will allow more time for the NHL and NHLPA to figure out if there will be games this season," LeBrun tweeted.

The final paycheques for the 2019-20 seasons were originally due April 15.

According the LeBrun, players have been debating whether to forgo some or all of the last paycheque to help with escrow.

The question now remains what the players will do about the final payroll payment, which is worth about $140 million in total.

The NHL season went on pause March 12, one day after the NBA halted play due to the ongoing coronavirus pandemic. The NHL instructed owners at the time that they were to pay the players their final three cheques (two in March and one in April).

LeBrun also notes that players are getting their escrow return payments for the 2018-19 season this week.

Meanwhile, NHLPA boss Donald Fehr told ESPN the league and the players have not had specific discussions about playing neutral site games as of yet.

"Other than the general understanding that they're looking at all possibilities, which includes neutral sites -- neutral being defined as a place that isn't a home base for an NHL team," Fehr told ESPN. "We haven't had those discussions yet."

On the April 7 edition of Insider Trading, TSN Hockey Insider Pierre LeBrun reported that the NHL was looking at a possible two or four city scenario of where a playoff tournament could be held. No concrete plans have been publicly revealed by the league.

Fehr states that the any decision related to the resumption of the 2019-2020 season and Stanley Cup playoffs is tied to current guidelines on mass gatherings, travel restrictions and health recommendations.