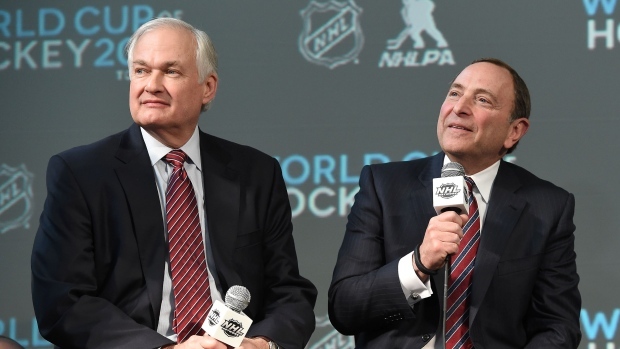 NHL players with contracts structured with signing bonuses paid out on July 1 are expected to receive them as scheduled, according to TSN Hockey Insider Bob McKenzie.

The expectation is that NHL players will be paid their 2020-21 contract year signing bonuses tomorrow on July 1, as scheduled. That’s an NHL expenditure of more than $300 million.

However, since Wednesday is Canada Day north of the border and the July 4 holiday in the U.S. is just around the corner, it's possible some of these payments will be pushed to next week.

The NHL and NHLPA are currently in negotiations on protocols for a Return To Play this summer. According the McKenzie, the negotiations also include a possible extension of the collective bargaining agreement, which expires in 2021-22. Negotiations on Phase 3 and Phase 4 protocols and a possible CBA extension are going late into Tuesday night, McKenzie adds. Both sides know time is tight and the push is on to get a deal done.

Ideally, McKenzie reports an NHLPA membership vote on Phase 3/4 RTP protocols and a CBA extension would take place by the weekend. However, whether or not that happens depends on how talks proceed.

As has been the case recently, NHL-NHLPA negotiations on Phase 3/Phase 4 RTP protocols and CBA extension are going late into the night. Both sides know time is tight and the push is on to get this done.

The over $300 million expenditure of signing bonuses is one of several issues the league and Players' Association are trying to reconcile.

"Also TBD in next few days, if players are deferring 10 per cent of salary for 20-21 (as may be the case), does it apply to SB monies owed now. Still some sorting out on these issues," McKenzie wrote on Twitter.

"Escrow will also need to be factored in on SB but at what rate? Projected 20 per cent figure for 20-21? Or a lesser number than that?"

Escrow will also need to be factored in on SB but at what rate? Projected 20 per cent figure for 20-21? Or a lesser number than that? As Jethro Bodine ( you kids look it up) might say, lots of cipherin to be done.

The regular season was paused on March 12 because of the coronavirus pandemic, one day after Rudy Gobert of the NBA’s Utah Jazz tested positive for COVID-19 and began a domino effect that brought much of the sports world to a halt.