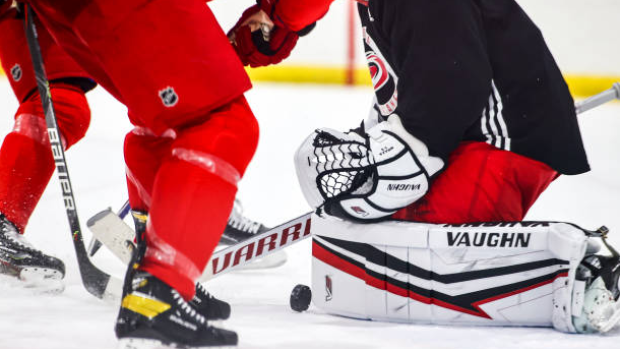 The NHL has postponed a fourth straight Carolina Hurricanes game, scheduled for Tuesday against the Tampa Bay Lightning, and announced a series of rescheduled games on Monday.

The Hurricanes had three games postponed last week, starting Tuesday with their game against the Nashville Predators, with five players on the the NHL’s COVID Protocol Related Absence List. Carolina added a sixth player, Jesper Fast, to the list on Saturday. Captain Jordan Staal was first placed on the COVID-19 list in the opening week of the season, while Warren Foegele, Jordan Martinook, Jaccob Slavin and Teuvo Teravainen to the list on Tuesday.

The game postponed for Tuesday will now take place on Wednesday Feb. 24, while their first postponed game, against the Nashville Predators, will be made up on March 2. Their two games against the Florida Panthers have been rescheduled for Feb. 17 and March 7.

The league did not announce updates for when the Dallas Stars will make up their opening four games, which were postponed when 17 players contracted COVID-19 during training camp. The first two were scheduled against the Panthers, with the other two against the Lightning.

The other schedule updates are as follows: