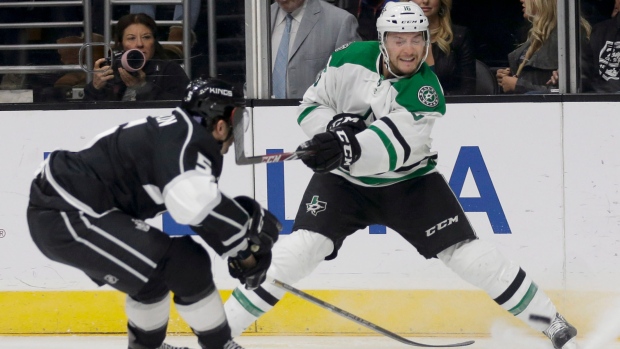 Midway through the second period, Garbutt caught Hall with a knee-on-knee in the neutral zone as Hall attempted to avoid a hit. Garbutt was assessed a two-minute tripping minor on the play.

Garbutt is considered a repeat offender. In October of 2013, the 29-year-old Winnipeg native was suspended five games for a head shot to Dustin Penner, then of the Anaheim Ducks. He was also fined last spring for a spear on the Ducks' Corey Perry during Game 5 of the opening round of the Western Conference playoffs.

In 20 games this season, Garbutt has two goal and an assist. He'll be elibigle to return on December 2 when the Stars visit the Toronto Maple Leafs.