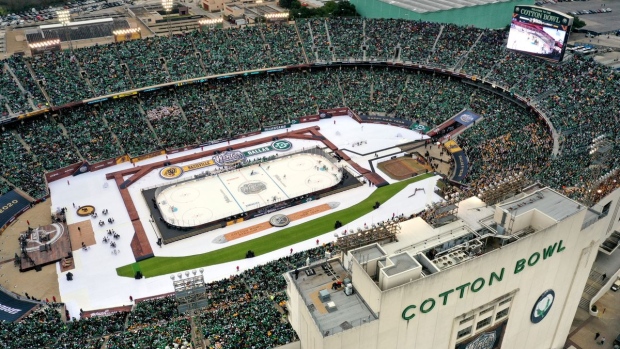 According to TSN Hockey Insider Pierre LeBrun, multiple NHL teams are exploring the option of playing outdoors in order to host fans during the 2020-21 season.

LeBrun wrote in The Athletic Thursday that the Boston Bruins, Carolina Hurricanes, Dallas Stars, Los Angeles Kings, Nashville Predators and Pittsburgh Penguins are all exploring the option of playing multiple games outside this season.

He adds the Buffalo Sabres, Minnesota Wild, Tampa Bay Lightning, Washington Capitals, Philadelphia Flyers, New Jersey Devils and both the New York Islanders and Rangers are among the U.S.-based teams who answered no to the league, for a of variety reasons.

Further to what @FriedgeHNIC reported, there's at least a half dozen NHL teams looking to host multiple outdoor games this season. Here's my piece detailing what's being looked at in places like Pittsburgh, L.A., Nashville, Carolina, Boston, Dallas...https://t.co/rENdsvU1pD

LeBrun notes that none of the seven Canadian teams are believed to be looking into the option, since public health restrictions across the country make it virtually impossible for now.