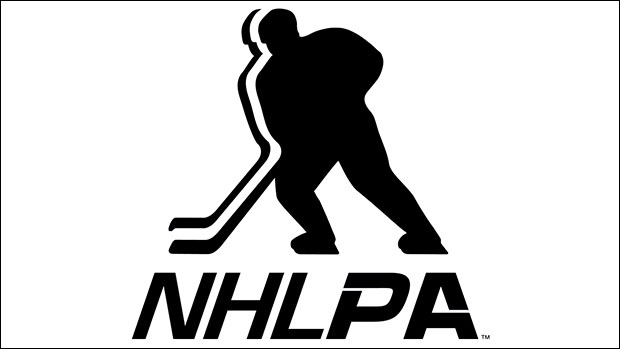 The NHL Players’ Association is accused of covering up a theft of more than $100,000 in union funds by one of its executives, according to a lawsuit filed in Ontario Superior Court in Toronto.

The allegations are included in an $8.7-million wrongful dismissal case filed Nov. 3 by Allan Etherington, a 49-year-old former technical support analyst who worked for the NHLPA from September 10, 2008 until Feb. 13, 2019. Etherington also accuses the union of income tax and insurance fraud.

The allegations in Etherington’s 61-page claim against the defendants have not been proven and neither the NHLPA nor any of its officials have filed a statement of defence.

Etherington is seeking $4 million for general damages, $2.5 million in punitive damages, and additional damages for future income loss and earning capacity. His attorney, Sharon McGovern, wrote in his claim that he will provide details of some of the damages before trial.

“The NHLPA is aware that our former employee, Mr. Allan Etherington, has filed a claim containing numerous false statements and groundless and irrelevant allegations against the organization and some of his former colleagues,” the union wrote in a statement to TSN. “We look forward to defending the organization and our staff against these allegations. We will have no further comment while this matter is before the courts.”

Frank did not respond to an emailed request for comment.

The NHLPA has a well-documented history of internecine fighting and has been in upheaval even in recent months, battling allegations that its top officials ignored opportunities to pursue claims against the NHL over allegedly misreported revenue and stonewalled requests by players for information about union finances.

- Covered up a crime when it failed to advise the NHLPA executive board and NHL players and took no action against Frank after he misappropriated large sums of money.

- Failed to investigate harassment complaints made by Etherington.

- Violated the insurance act and attempted to deceive RBC Insurance by submitting an application for long-term disability benefits for Etherington in March 2019 without his knowledge or consent after he had been terminated on Feb. 13, 2019.

Etherington alleges that Frank, who left his position with the union in December 2018, was allowed to resign from the NHLPA with Fehr’s good wishes, even after the union learned through an investigation conducted by two outside firms that Frank had used his own outside company, GeekFork Inc., to misappropriate money through the purchase of expensive computer equipment.

“Instead of Frank being justifiably terminated for just cause for fraud/misappropriation of funds for his theft of hundreds of thousands of dollars from the NHLPA, Fehr sent out a memo praising Frank,” Etherington alleged. “Frank was permitted to ‘resign’ and his theft and fraud was not reported to the authorities, the executive board, or the NHL players.”

TSN has not been able to independently confirm the results of the NHLPA’s internal investigations.

Etherington wrote in his claim that he had worries about Frank’s behaviour in early 2018 and discussed those concerns with Sax.

Etherington allegedly told Sax at that time that Frank was making purchases on the NHLPA’s behalf that Etherington typically would have made.

“[Etherington] became increasingly concerned when he was made aware by the accounting department of large purchases Mr. Frank had made for thousands of dollars of which he had no knowledge,” Etherington’s claim says. “In addition, the plaintiff was being ordered by Mr. Frank to purchase items that he had concerns were in fact personal purchases for Mr. Frank rather than purchases for the NHLPA.”

Etherington alleged that Sax told him at the time that there were “irregularities in Mr. Frank’s credit card purchases for which Mr. Frank could not provide receipts for over $150,000 in purchases.”

After their meeting, Etherington says he agreed to forward Sax details about all future purchases, including the details of who had requested them.

Etherington’s statement of claim alleges that he was resolving a print server issue with a colleague on Oct. 9, 2018, when they discovered an email from Frank to an executive with a cybersecurity company called Darktrace.

The NHLPA signed an agreement with Darktrace in March 2018 for the U.K.-based company to provide the union with an artificial intelligence-powered product that helped protect player information such as personal contacts and contract details, the Canadian Press reported at the time.

The email Etherington said he discovered allegedly indicated Frank had negotiated a $50,000 purchase on behalf of the NHLPA with a surreptitious 35 per cent commission for Frank’s girlfriend, Kristina Falcomer. Frank directed a Darktrace employee to remove any references to Falcomer from NHLPA documents, the claim says.

“The sales director for Darktrace, Chris Patton, agreed to the deal and confirmed that no information about the commission … would show up on the NHLPA paperwork and stated ‘NHLPA will pay Darktrace and Darktrace will pay Kristina 35%’,” the claim says.

“Darktrace has no knowledge of these claims and will be conducting an investigation,” company spokesperson Kaia Haney said in an emailed statement.

In several emails sent to TSN on Dec. 2, Falcomer denied Etherington’s allegations. She wrote that while she operated a business with Frank, “we quickly severed ties since it was more my company and he realized that it may not be [a] good parallel to the NHLPA.”

After Sax was provided with a copy of Frank’s email to Darktrace and other documents related to GeekFork, the NHLPA began an internal investigation and hired both Ernst & Young and the forensic auditing company CGI to scrutinise Frank’s activities, Etherington alleges.

He claims that during an internal investigation of Frank’s activities, Frank continued to work at the NHLPA’s offices and had full administrative access on computers.

Amid the investigation and while Frank still worked in the NHLPA office, union staff discovered he was accessing NHLPA emails and documents about the probe from union’s legal department through an unused computer in the office, the claim says.

When Stoykewych was advised by one of Etherington’s colleagues that Frank was inappropriately accessing NHLPA emails and documents about the investigation from the legal department, the employee who discovered his activity was admonished and told to stop all further monitoring of Frank’s activities, the statement of claim says.

As a result, Etherington alleges that Frank was permitted unrestricted access to all NHLPA emails and documents, including documents from the legal department during the internal investigation into his misappropriation of NHLPA funds.

During the NHLPA’s investigation of Frank, Etherington claims that he and a colleague in the I.T. department were asked to help CGI and Ernst & Young obtain all of Frank’s emails dating back over his 17-year employment at the NHLPA.

Etherington also alleged the NHLPA in 2007 discovered that Frank and another union employee were discovered to have set up an unauthorised game server on the NHLPA server that was costing the NHLPA thousands of dollars per month in data bandwidth.

NHL players were not told about either alleged incident involving Frank, the statement of claim says.

Etherington’s claim paints a picture of a relationship between himself and union staff that grew increasingly toxic after he suffered several workplace injuries.

Following the NHLPA’s move into a new office in downtown Toronto in April 2017, Etherington said he refused to set up a server room in the union’s new work space. He claimed there was a risk of electrocution because high industrial wattage power cables had been left unsecured under the subfloor and were at risk of being submerged under the water if there was a blocked drain pipe.

On Aug. 23 2017, after the server room flooded with water and raw sewage from an executive bathroom, Etherington said he was ordered to clean up the mess but refused to enter the room because of the risk of electrocution.

Etherington left the union in February 2019 after his attorney advised the NHLPA that he would be filing a constructive dismissal claim.