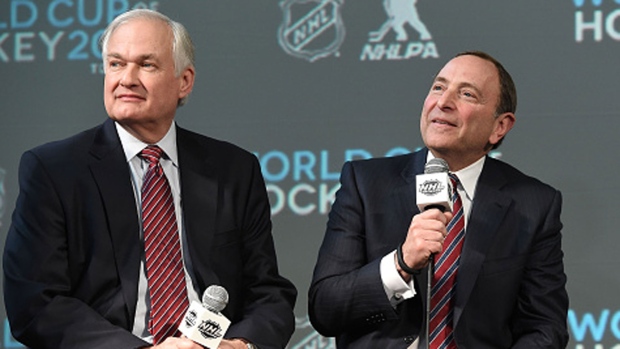 The National Hockey League Players' Association's executive board is in the process of voting on the 24-team Return to Play format and the voting process is expected to be completed Friday night, reports TSN Hockey Insiders Pierre LeBrun and Darren Dreger.

NHLPA Exec Board is voting on return to play proposal. (24 teams, top 4 teams per conference play each other, 16 teams have a play in round). If vote passes additional details to be negotiated with the NHL. Voting process likely completed by tomorrow night.

The NHLPA’s Executive Board (31 player reps) is in the process of voting on the 24-team Return to Play format. Voting could spill over into tomorrow. Should know results tomorrow night.

The NHLPA executive board is made up of 31 player reps. They are voting on a Return to Play scenario that would see the top four teams in each conference play each other and the other 16 teams having to go through a play-in round if the league is able to resume its 2019-20 season this summer.

"If voting passes additional details to be negotiated with the NHL," Dreger adds.

The NHL's regular season was paused on March 12 because of the coronavirus pandemic.