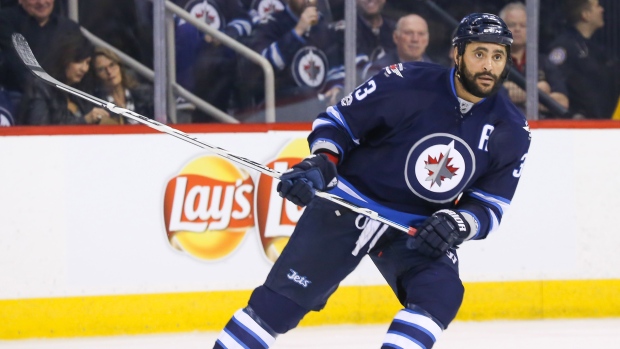 The National Hockey League Players' Association has filed a grievance on behalf of Dustin Byfuglien regarding his suspension from the Winnipeg Jets, according to TSN Hockey Insider Pierre LeBrun.

From source: the NHLPA filed a grievance Wednesday on behalf of Dustin Byfuglien challenging his suspension by the Winnipeg Jets.

TSN Hockey Insider Bob McKenzie also reported last month that his troublesome ankle was a big factor as to why the defenceman was not with the team to start the season.