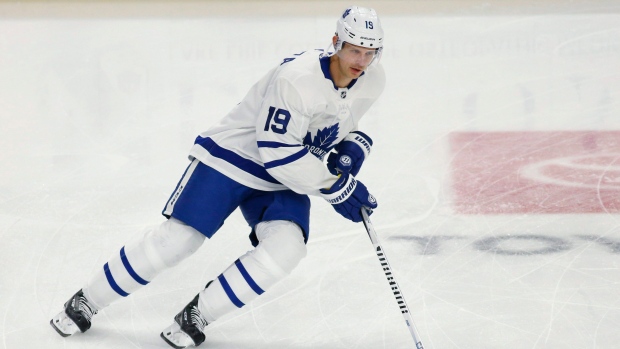 The National Hockey League Players' Association has filed an appeal on behalf of Jason Spezza regarding the NHL’s decision to suspend him for six games.

Spezza was suspended six games by the NHL Department of Player Safety on Tuesday for hitting Jets defenceman Neal Pionk in the head with his knee in Winnipeg in a game Sunday night.

Spezza will forfeit $21,000 in pay while serving the ban. It's the first suspension of his 15-year career, spanning more than 1,200 games.

The initial appeal will go to NHL commissioner Gary Bettman, and then to a neutral arbitrator if Spezza is not satisfied with his ruling.