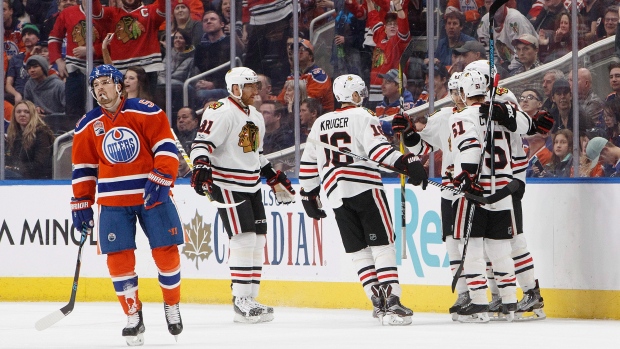 The National Hockey League Players’ Association, alongside other pro sports player unions, has hired a team of lobbyists to fight a proposed change to workers’ compensation law in Illinois that would affect Chicago Blackhawks players.

The proposed bill, called Senate Bill 12, would adjust the Workers’ Compensation Act in the state as it is applied to pro athletes.

Currently, all employees in Illinois are eligible to receive workers compensation until the age of 67. Under the proposed change, pro athletes eligible for the benefit would not receive any funding after the age of 35, or five years after an injury, whichever is later.

“Pro athletes in Illinois should care about this,” said Rob Chamberlain, a lobbyist with The Signal Group in Washington, which is working for the NHLPA and other pro sports unions on the issue. “This change would treat them differently from any other employee in the state of Illinois, including their own coaches.”

The Signal Group and Chicago lobbying firm Nicolay & Dart have been hired by the unions representing NHL, NFL, MLB, and NBA players to try to prevent the legal change, a source told TSN.

Two NHL player agents, who asked not to be identified because they both have clients on the Blackhawks, told TSN that they would advise their players not to sign with Chicago if the senate bill is passed.

Players on other NHL teams would not be affected by the bill because even if they were injured during a game in Chicago, they would apply for compensation benefits where their team is based.

The Blackhawks signalled their support for the proposed law in a Jan. 27 letter to state senators. The letter, also signed by baseball’s Cubs and White Sox, the NFL’s Bears and basketball’s Bulls, quotes from an analysis of pro athletes by Ram Financial Group.

“Even without injuries, the average player in any professional sport will be done before he or she even turns 30 years old,” the Blackhawks and other franchises wrote in their Jan. 27 letter. “Although the law accurately assumes that most employees will retire around the age of 67, professional athletes are an exception, as most retire in their twenties or thirties.”

The letter also said there is nothing under the proposed amendment to stop a pro athlete from seeking compensation for permanent and total disabilities.

NFLPA executive director DeMaurice Smith has said the union would try to coax players not to sign with the Bears if the bill is signed into law.

“The Bears owners are behind it as well,” Smith told The Chicago Tribune. “To be blunt, it’s just another way to bankroll the coffers of the rich owners … at the expense of the players who do all the work. They’re pushing the bill. Our understanding is they are the people who have lined up the lobbyists to promote the bill… I wish I could say it is something philosophical that makes sense. It’s just cheapness. It’s just being cheap.”

An NHLPA source said the union has communicated with Blackhawks players about the bill and may follow the NFLPA’s lead, urging players against signing with the Blackhawks if the bill is passed.

The Illinois senate bill is part of a larger bill related to the state’s proposed 2017-18 budget and could be passed into law in a matter of weeks, said a person familiar with the matter.