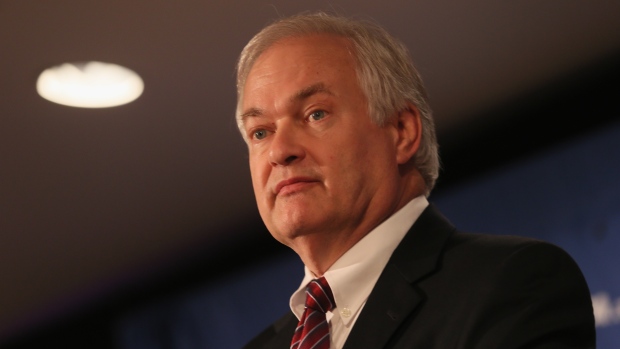 The NHL has announced it will not re-open the collective bargaining agreement. The NHLPA now has the same option to be decided by Sept. 15.

As expected NHL will announce soon it won’t re-open the CBA. The NHLPA now has the same option to be decided by Sept 15.

“Based on the current state of the game and the business of the game, the NHL believes it is essential to continue building upon the momentum we have created with our Players and, therefore, will not exercise its option to reopen the CBA," NHL Commissioner Gary Bettman said in a statement. "Rather, we are prepared to have the current CBA remain in effect for its full term – three more seasons through the conclusion of the 2021-22 season."

NHL announces that it will not be exercising its option to reopen the Collective Bargaining Agreement for the 2020-21 season. https://t.co/AFkGXsdZ8x pic.twitter.com/epI2KUVzfR

TSN Hockey Insider Darren Dreger reported Thursday that this was going to happen in the coming days.

TSN Hockey Insider Pierre LeBrun reported that the NHLPA executive board and other players will meet next Wednesday in Chicago for a CBA update discussion.

LeBrun notes that the two sides have held numerous meetings on the CBA this summer, but it's unclear how much progress has been made.

“It is our hope that a continued, sustained period of labor peace will enable us to further grow the game and benefit all constituent groups: NHL Players, Clubs, our business partners and, most important, our fans, Bettman added."

The league has had a labour stoppage while negotiating each of the past two collective bargaining agreements - a full season in 2004-05 and just under half a season in 2012-13.

"We will continue to discuss this matter with players as our September 15 decision approaches," the NHLPA said in a statement.

The NHLPA released the following statement regarding the NHL’s reopener decision: https://t.co/6uQ3lTGWYU pic.twitter.com/WEp3qbPV3V

The current collective bargaining agreement is scheduled to run through the 2020-21 season.