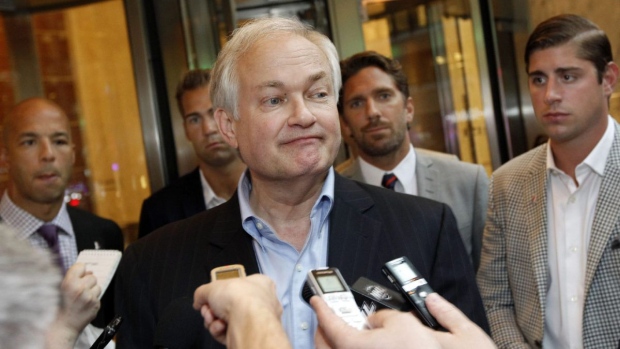 The NHL Players’ Association’s lawyers are investigating whether to file an unfair labour practice complaint with the U.S. National Labor Relations Board (NLRB) or pursue a grievance with an arbitrator if the NHL decides to cancel the upcoming season, two people familiar with the matter told TSN.

If the league decides against playing the 2020-21 season, a complaint to either the NLRB or an arbitrator would be the process the NHLPA would follow to try to get players paid.

The season hangs in the balance of talks between the NHL and NHLPA – most notably the financial burden players will shoulder this season and the remaining five years of a collective bargaining agreement extended in July through 2025-26.

The NHLPA declined to comment when asked how it would respond to a cancelled season.

NHL commissioner Gary Bettman said Wednesday in an interview during a virtual sports business conference that the NHL wants to play the 2020-21 season. But Bettman and NHL team owners want players to agree to raise the cap on salary escrow this year and also to defer the payment of more of their salaries.

The NHLPA wants the NHL to live up to the collective labour agreement the two sides agreed on in July. The NHL and NHLPA agreed in the deal to keep the salary cap at $81.5 million through the 2020-21 season. Ten per cent of player salaries are to be deferred and 20 per cent placed in escrow – an increase of more than 50 per cent from escrow payments during the 2019-20 season, which was delayed and shortened because of the COVID-19 pandemic.

Bettman on Wednesday said the NHL is “not seeking to renegotiate,” the six-year labour agreement that was ratified unanimously by NHL team owners.

“We’re not actually having negotiations and we’re not seeking to renegotiate,” Bettman told FOX Business host Liz Claman. “We made a number of assumptions collectively over the summer, most of which are not applicable anymore.”

In an effort to force the NHL to pay the salaries of its players even if games are not held, several labour lawyers said in interviews with TSN that the NHLPA could either file a complaint with the U.S. NLRB (players on Canadian franchises would be included in such a filing) or file a grievance with an arbitrator. Both moves have their advantages, the lawyers said.

“Clearly this would be a high-stakes case,” said Jim Quinn, a New York sports lawyer who has worked for the NFL and NBA players’ associations. “The stakes don’t get any higher.”

Both the NHL and NHLPA could argue that the language in the CBA favours its side.

Article 5 of the CBA says the league is within its rights, “to determine when, where, how and under what circumstances it wishes to operate, suspend. ...” a season.

Article 7, however, says the NHL cannot lock out players.

“Neither the league nor any club shall engage in a lockout during the term of this agreement,” the CBA says.

In his interview on Wednesday, Bettman was asked about the possibility that the 2020-21 season could be cancelled over the financial impasse.

“There are letters in the agreement, which we don’t have to get into, that were put in for our benefit in the event things got out of control as well. And so we each have rights which we could adhere to,” he said.

Jodi Balsam, a former NFL lawyer who now teaches sports law at Brooklyn Law School in New York, said NHL players would seem to have a strong legal case to pursue if the league cancels the season.

“They signed this CBA in July 2020 and that was hardly a promising month,” Balsam said. “The pandemic had subsided, but every source of medical and scientific knowledge was predicting a resurgence in the fall. And if the NHL failed to prepare for that in the latest CBA then that’s on them. The big question is whether the NHL players stay unified and insist the NHL follow through with the deal they bargained for.”

Players are set to receive 72 per cent of their salaries during the 2020-21 season. Twenty per cent of player salaries are being given back to owners to repay their revenue shortfall from 2019-20’s paused season. A further 10 per cent is to be deferred and paid out over three seasons.

The NHL is asking players to defer another 16 per cent in 2020-21 and has also asked to raise limits on escrow in future years of the CBA.

Balsam said if the NHLPA wanted a clear-cut decision that the league must pay players their 2020-21 salaries regardless of whether there are games, then the union would be better off pursuing a claim with the NLRB.

“Arbitrators tend to want to look for leeway to find a compromise solution,” she said. “They’re incentivized to find a solution because they can be fired by either the league or union.”

The NLRB was created in 1935. While it has a mandate to protect the rights of employees and to improve their wages and working conditions, Balsam said under U.S. president Donald Trump it has made decisions that favour employers.

Balsam said making that argument would be a “long shot” for the NHL, and noted that even though the NLRB has four of its five board member slots filled with three Republicans and one Democrat, president-elect Joe Biden will have the opportunity to name a Democrat chair of the board immediately following his Jan. 20 inauguration. (Trump appointed current NLRB chair Peter Robb in September 2017, eight months after his inauguration.)

Quinn, who has worked in the past for players associations in hockey, basketball and football, said he would advise the NHLPA to consider taking their complaint to an arbitrator.

Unlike the courts, or even the NLRB, arbitration cases can be decided quickly. Rules for introducing evidence in arbitration are not as strict. While there are exceptions, such as when an arbitrator in 2018 forced NHL player Dennis Wideman to produce text messages in his dispute with an NHL referee who Wideman had hit on the ice, the parties tend to have less power to demand the production of emails and other documents from the other side, and rules for conduct can be fashioned to suit the case.

“The NLRB is very slow, and it’s going to take ages to get a decision out of them,” Quinn said. “You may get an injunction quickly but if you’re pursuing damages, like the players’ salaries for a season, that could take five years for the board to resolve.”

Currently, the NHL and NHLPA have agreed on three arbitrators to decide on disputes: Richard Levie, a retired U.S. District Court judge in Washington who also works for the NBA and NBPA to resolve differences related to players and agents; Katherine Forrest, a former U.S. District Judge for the Southern District of New York who was hired by NHL and NHLPA last year; and Shyam Das, who has decided player discipline-related cases.

If it proceeds with an arbitration complaint, the NHLPA chooses which arbitrator will take its complaint. Forrest, who has yet to oversee an NHL/NHLPA arbitration, would be a strong candidate to hear a prospective case, a person familiar with the matter said.

Michael Lotito, a San Francisco-based labour-law attorney at Littler Mendelson who represents employers before the NLRB, said he can envision the NHLPA both filing a complaint with the board and also pursuing a complaint through a grievance.

“We’re a country of messaging not fact,” he said. “For the union, this may be an opportunity to send a message to players that, ‘We’re fighting for you every way we can.’”

Lotito said that while the NLRB tends to handle broad complaints, arbitrators are more likely to consider the “nitty gritty” of CBA negotiations.

“An arbitrator can look at the notes both sides might produce showing details on the back-and-forth talks leading up to the CBA being signed,” Lotito said. “Maybe those notes would show clearly that an issue like 'no fans in arenas' was clearly on the table and discussed as a possibility before a deal was done.”