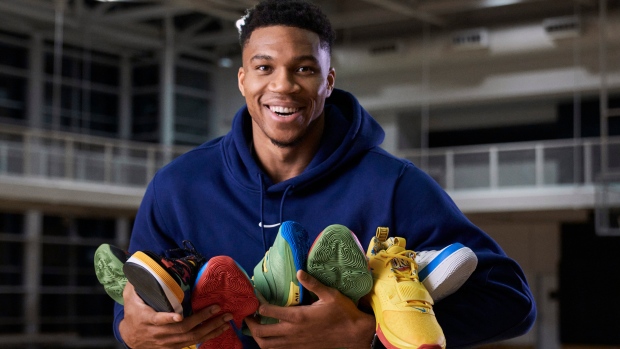 The Greek Freak will take two cards and shout UNO. Nike and Giannis Antetokounmpo have announced a merchandise collaboration with the popular card brand coming out later this year.

The Mattel-owned product is celebrating its 50-year anniversary. The collab includes an UNO-inspired line of sneakers including the Nike Zoom Freak 3, Air Force 1 Low and Offline sandal along with matching apparel and a custom card deck.

Antetokounmpo’s signature will have four feature vivid base layers and accents that mimic the colors of the actual cards and a fifth option is a special member-only black colorway that’s decorated with an UNO 50th anniversary logo on the tongue and wild cards across the toe. The Zoom Freak was chosen because Antetokounmpo stated it is his favourite card game growing up, playing often with his three brothers.

The Nike x UNO collection will release on November 11.

.@Giannis_An34 and Nike are collaborating with UNO on a sneaker pack. 👀 pic.twitter.com/6CzqINts1l