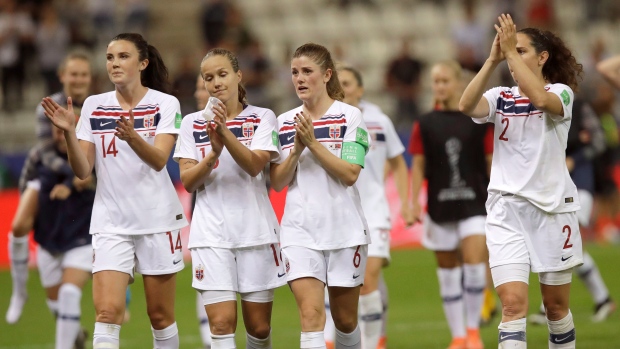 REIMS, France — Norway knocked South Korea out of the Women's World Cup by scoring on two penalties in a 2-1 victory Monday.

Caroline Graham Hansen scored after five minutes and Isabell Herlovsen beat goalkeeper Kim Min-jung from the spot six minutes into the second half.

South Korea went 0-3 in France with one goal while allowing eight. Norway advanced to the round of 16 as runners up in Group A, which was won by host nation France.