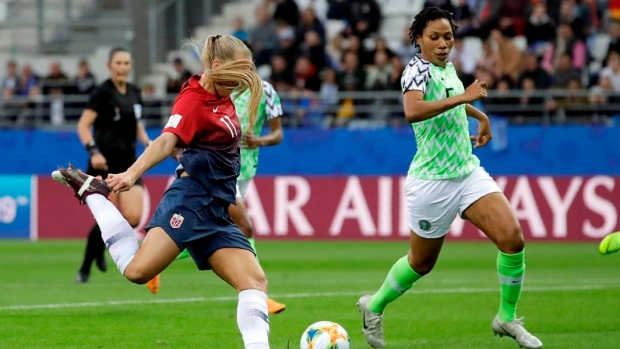 The 1995 winners played without Ada Hegerberg, the 2018 FIFA Ballon d'Or winner who stepped down from the national team because of what she says are differences in the way the federation treats the men's and women's teams.

Reiten's deflected shot in the 17th minute gave Norway the lead, and Utland scored in the 34th minute. An own goal made it 3-0 and wrapped up scoring before the break.

Nigeria was hurt when defender Faith Michael was stretchered off after a collision with her goalkeeper early in the second half.

The teams are in Group A at the World Cup. Hosts France posted a 4-0 victory over South Korea in the tournament opener Friday night in Paris.