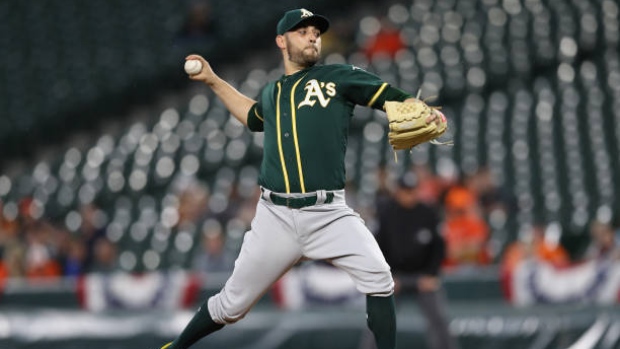 The Oakland Athletics announced the release of starting pitcher Marco Estrada on Tuesday.

Estrada had been shut down for most of the season with a persistent back injury. He was had been signed to a one-year, $4 million deal this past off-season.

A native of Sonora, Mexico, Estrada spent the prior four seasons with the Toronto Blue Jays with whom he was an All-Star in 2016. Estrada won a career-high 15 games with the Jays in 2015.

A veteran of 12 seasons, Estrada also spent time with the Washington Nationals and Milwaukee Brewers.