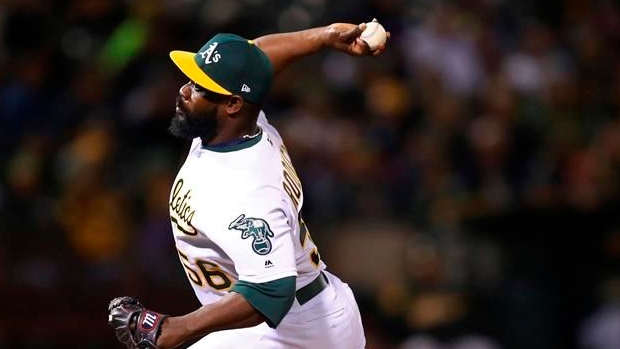 The Oakland Athletics have officially released reliever Fernando Rodney, it was announced Tuesday.

Nick Martini has been reinstated from the IL and option him to Triple-A Vegas the club announced.

The 42-year-old Rodney struggled in 17 appearances this season, pitching to an earned run average of 9.42. He has also struggled mightily with control, walking 12 over 14.1 innings pitched.

He spent last season split between Oakland and the Minnesota Twins. Rodney has also pitched for the Detroit Tigers, Los Angeles Angels, Tampa Bay Rays, Seattle Mariners, Chicago Cubs, Arizona Diamondbacks, San Diego Padres and Miami Marlins during the course of his long big league career, which began all the way back in 2002.

Meanwhile, outfielder Nick Martini has been reinstated onto the 40-man roster but will remain in Triple-A.

Coming off an 8-5 win Monday, the A's will continue their series Tuesday night in Anaheim against the Angels.