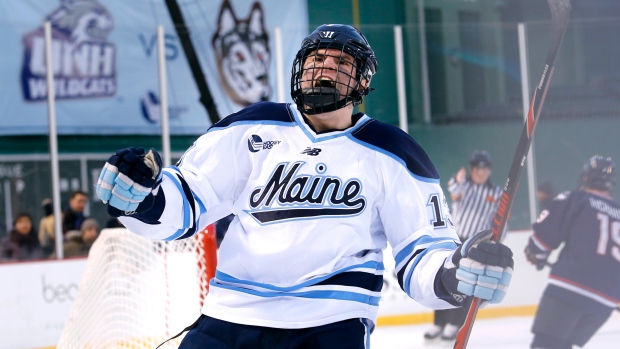 Edmonton Oilers have acquired the rights to forward Nolan Vesey from the Toronto Maple Leafs in exchange for a conditional seventh-round pick in the 2020 NHL Draft.

The @MapleLeafs announced today that the hockey club has acquired a conditional seventh-round draft pick in the 2020 NHL Draft from the Edmonton Oilers in exchange for the rights to forward Nolan Vesey. #TMLtalk

After acquiring Vesey, the Oilers agreed to terms with him on a two-year, entry-level contract.

The #Oilers have acquired forward Nolan Vesey from the @MapleLeafs in exchange for a conditional seventh-round #NHLDraft selection in 2020. We've also agreed to terms with Vesey on a two-year, entry-level contract. pic.twitter.com/epuqYfcsHq

Vesey appeared in 37 games last season for the University of Maine Black Bears and scored 11 goals while adding 14 assists.