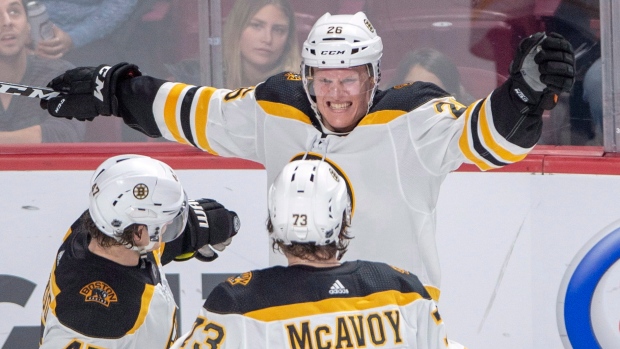 The Edmonton Oilers added a forward to their roster on Tuesday, claiming Colby Cave off of waivers from the Boston Bruins.

Cave, 24, has one goal and five points in 20 games with the Bruins this season. He also has six goals and 18 points in 15 AHL contests with the Providence Bruins.

An undrafted free agent to begin his NHL career, Cave is signed through next season at a $675,000 cap hit.

A veteran of 481 career games, Weise has 54 goals and 120 points over the course of his career with the New York Rangers, Vancouver Canucks. Montreal Canadiens, Chicago Blackhawks and Flyers.