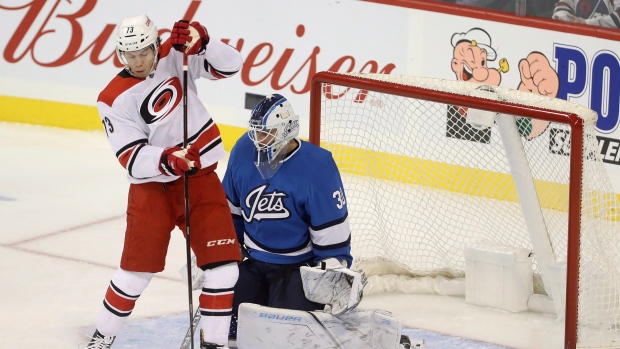 Valentin Zykov is headed to Alberta.

The Edmonton Oilers claimed the 23-year-old winger off of waivers from the Carolina Hurricanes.

Darling clears waivers, was on ice with Checkers this morning. Zykov claimed by Edmonton.

A native of St. Petersburg, Russia, Zykov has appeared in 13 games for the Hurricanes this season, tallying three assists.

Originally taken with the 37th overall selection in the 2013 NHL Entry Draft by the Los Angeles Kings out of the QMJHL's Baie-Comeau Drakkar, Zykov has appeared in 25 NHL contests over three seasons with the Hurricanes, scoring four goals and adding seven assists.