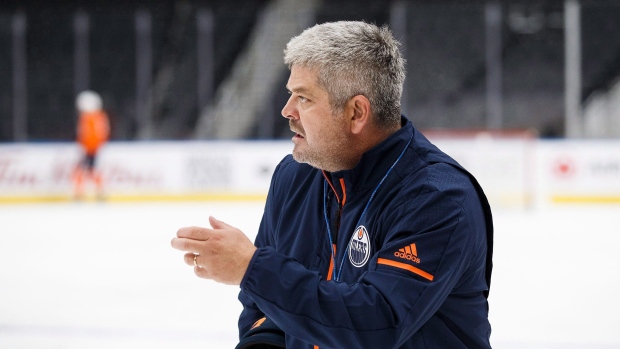 EDMONTON — Todd McLellan will return as head coach of the Edmonton Oilers next season, but Ian Herbers and Jim Johnson won't be on his staff.

The team announced Friday that McLellan will keep his job after a disappointing 2017-18 season, while assistant coaches Herbers and Johnson have been relieved of their duties.

The 50-year-old McLellan presided over a dud of a season that saw the Oilers miss the playoffs with a 36-40-6 record despite another MVP-calibre campaign from superstar captain Connor McDavid.

Much more was expected from the Oilers after a 2016-17 season that saw them end a decade-long playoff drought and advance to the second round of the post-season, where they took Anaheim to seven games.

McLellan's future with the team appeared to be in jeopardy when Oilers CEO and vice-chair Bob Nicholson gave general manager Peter Chiarelli a vote of confidence at an April 12 availability, but did not do the same for the team's coaching staff.