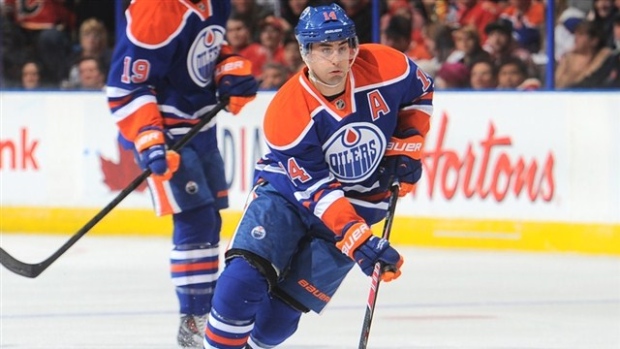 Edmonton Oilers forward Jordan Eberle will miss start of the season due a shoulder injury sustained in pre-season action on Tuesday night.

Eberle left the contest against the Arizona Coyotes in the first period after a collision behind the Coyotes net. The 25-year-old is set to miss four-to-six weeks, the team announced Wednesday.

In 356 career games all with the Oilers, Eberle owns 120 goals and 284 points. He has missed just three games since the start of the lockout-shortened 2012-13 season.

Defenceman Darnell Nurse, a fellow first-round pick of the Oilers (in 2013), was assigned to the team's AHL affiliate in Bakersfield, California on Wednesday.

Martin Gernat, Mitch Moroz and Iiro Pakarinen, were also assigned to the AHL.