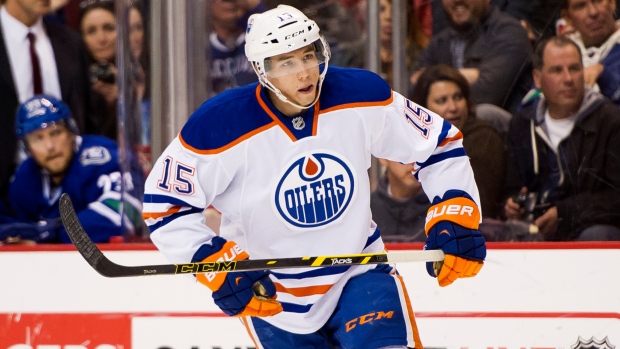 Tyler Pitlick's season is over due a torn ACL in his left knee, the Edmonton Oilers announced Friday.

Pitlick incurred the injury earlier this week against the St. Louis Blues after shortly scoring his eighth goal of the season.

The 25-year-old has appeared in a career-high 31 games this season and had posted 11 points with the Oilers.

Pitlick was selected in the second round (31st overall) of the 2010 NHL draft.