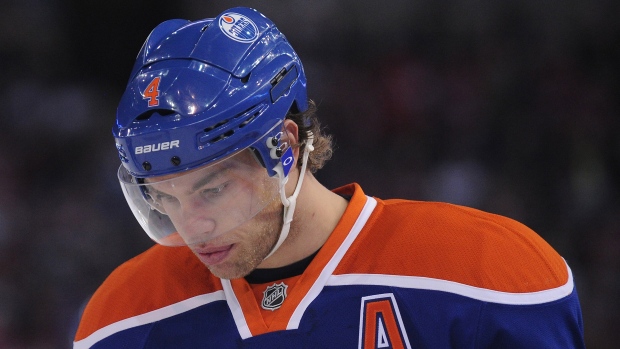 Hall, 22, suffered a sprained medial collateral ligament in his right knee when he crashed into the Vancouver net in Edmonton's 3-2 loss to the Canucks on Saturday.

The Oilers said Sunday that Hall is expected to be out for two to four weeks.

Hall has six goals and four assists in 11 games this season.

Aulie, a 25-year-old six-foot-six defenceman, has one assist and a minus-6 rating in eight games with the Barons.