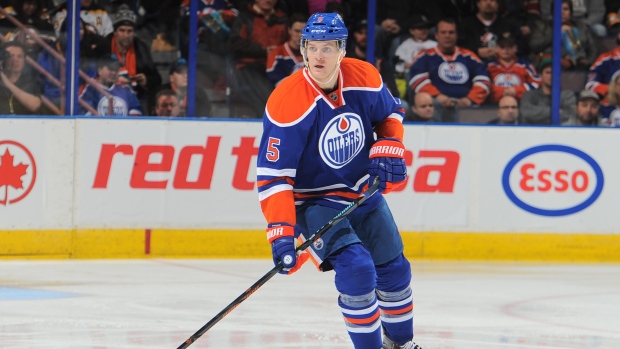 Defenceman Mark Fayne was recalled by the Edmonton Oilers from the American Hockey League on Sunday.

The 28-year-old has appeared in 24 games with the Oilers this season and has one assist and a minus-six rating.

Fayne had one assist in five games with the AHL's Bakersfield Condors.

Edmonton placed Fayne on waivers Dec. 9. He is in the second season of a US$14.5-million, four-year contract that carries a $3.625-million cap hit.

The Oilers have lost their last three games and face the Winnipeg Jets at home on Monday.