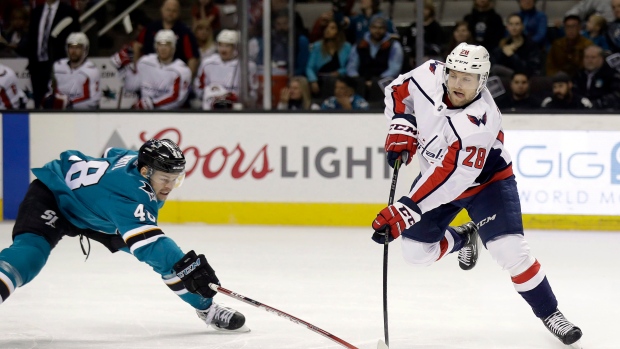 The Edmonton Oilers announced the signing of defenceman Jakub Jerabek to a one-year deal on Monday.

The #Oilers have signed Jakub Jerabek to a one-year contract. The 27-year-old Czech defenceman split time between Montreal & Washington in 2017-18, including two playoff appearances with the Capitals. pic.twitter.com/szTK67Ltt2

The 27-year-old Jerabek split last season between the Montreal Canadiens and the Washington Capitals.

A native of Plzen, Czech Republic, Jerabek appeared in a combined 36 games a season ago, scoring two goals and addings six assists. Acquired by the Caps in February, Jerabek played in two of the team's postseason contests in their run to a first Stanley Cup title.

Jerabek also appeared in 17 games for the Habs' American Hockey League affiliate, the Laval Rocket, where he had a goal and 10 assists.

Prior to coming to North America last year, Jerabek spent eight seasons with his hometown Plzen HC of the Czech Extraliga before playing one season in the Kontinental Hockey League with Podolsk Vityaz.

Jerabek could help fill the hole left on the Oilers' blue line with Andrej Sekera undergoing surgery to repair a torn Achilles tendon.