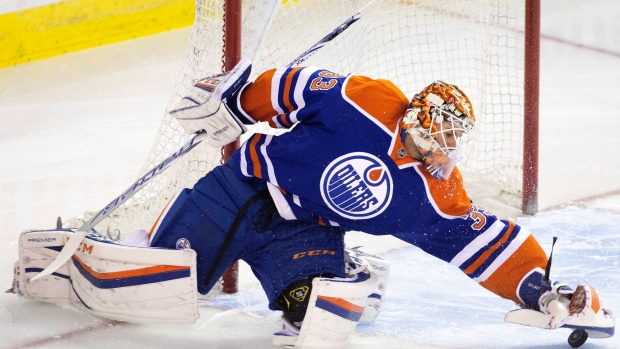 The Edmonton Oilers have locked up Cam Talbot long-term.

The Oilers signed Talbot to a three-year contract extension on Sunday, the team announced.

According to TSN Hockey Insider Darren Dreger, the deal is worth $12.5 million and holds an annual average value of $4.17 million.

Talbot, who had been set to become an unrestricted free agent at the end of the season, owns an 8-13-3 record in 26 games with the Oilers this season. His goals against average for the season sits at 2.58, while he has posted a save percentage of .914.

The 28-year-old was acquired by the Oilers from the New York Rangers in June in exchange for three draft picks.