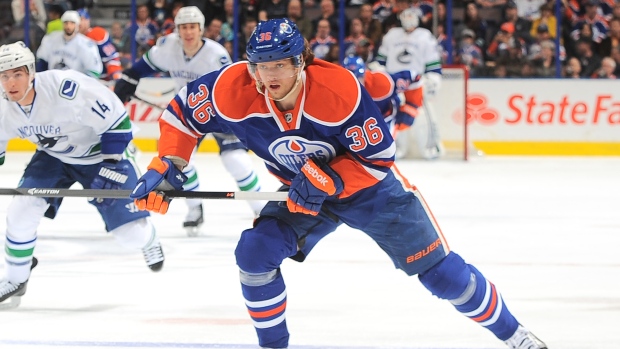 The Edmonton Oilers have traded to the rights of Philip Larsen to the Vancouver Canucks in exchange for a conditional fifth-round pick in 2017.

The 26-year-old defenceman is currently playing in the KHL, where he has 12 goals and 38 points in 54 games with Jokerit Helsinki.

McKenzie adds the Canucks plan to sign Larsen when free agency opens this summer and have him spend the 2016-17 season with the club.

Larsen was drafted in the fifth round of the 2008 NHL Draft by the Dallas Stars. He played 95 games with the Stars, scoring five goals and 19 points over four seasons.

His most recent NHL stint came in 2013-14, when he played 30 goals with the Oilers, scoring three goals and registering nine points.