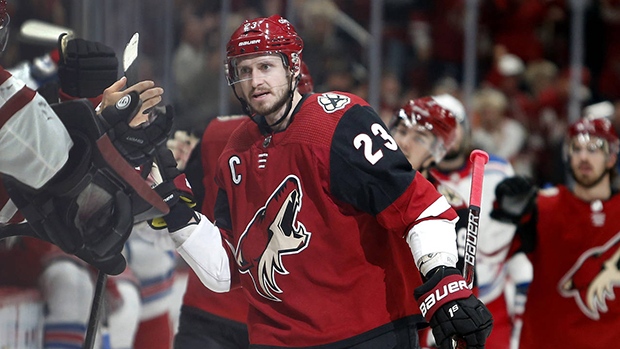 One way or another, it seems like the Oliver Ekman-Larsson situation will come to a head by the end of the week.

On Tuesday afternoon, TSN Hockey Insider Darren Dreger reported that Ekman-Larsson’s agent, Kevin Epp, told TSN that his client is imposing a deadline of Friday for the Arizona Coyotes to trade him to the Vancouver Canucks or Boston Bruins, the two teams the defenceman would waive his no-move clause and accept a trade to.

Epp further explained the decision Tuesday in an interview with TSN 1040 Vancouver, saying Ekman-Larsson doesn’t want things to drag on throughout the off-season.

“If you don’t have a deadline on making a deal or making a decision on things, things just linger. I think people always forget that there’s a person in part of this process,” Epp said.

“I think the longer your name stays out there in the media and just lingers throughout, it doesn’t help the process in trying to actually get a deal done.”

Epp added that the economic effects of COVID-19 and new ownership in Arizona are playing a role in Ekman-Larsson’s potential move to a different club.

“I think it’s always been a situation where Oliver signed in Phoenix and Arizona to be there for his career, you know? He had the opportunity prior to free agency two seasons ago to go to the market and I think at that time he made the decision he wanted to remain in Arizona and things haven’t changed from that perspective,” Epp said.

“I think it’s always different when a new owner comes in and they want to do things the way they want to do it and they also have new [general] manager. I think things just change over time when you have different management teams coming in and different ownership. It wasn’t their decision to keep him when they signed him to that contract.”

Asked whether or not he thinks a deal gets done, Epp said he is optimistic.

“I couldn’t tell you. I’m optimistic that something is going to transpire like you said, but it’s for the three teams that are involved to see if they can make something happen.”

Dreger said on last week’s edition of Insider Trading that Coyotes general manager Bill Armstrong is “actively working with both Boston and Vancouver” and is trying to get something done.

“It sounds like Arizona, even though they don’t want to have to do this, is either going to have to retain some of the money on Ekman-Larsson, an $8-plus million annual cap hit, or the Arizona Coyotes are going to have to take some contracts back,” Dreger said.

Ekman-Larsson is only one year into an eight-year, $66 million deal he signed as an extension in July of 2018. Arizona's captain is due an average annual value of $8.25 million in each of the next seven seasons.