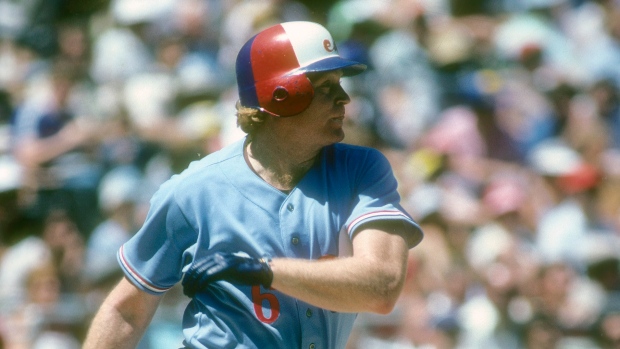 As the sports world remains at a virtual standstill due to the coronavirus (COVID-19) outbreak, let’s take a look back to see what happened on April 8 in sports history.

1969 – Expos open with a win: In May of the previous year, National League president Warren Giles announced that Montreal and San Diego would become baseball’s two expansion teams, bringing Canada its first major league team after a successful history of minor-league franchises. Named after the Expo 67 World’s Fair two years earlier, the Expos played their first regular season game on April 8 at Shea Stadium against the New York Mets.

Hall-of-Famer Tom Seaver took the hill for the home side, but he wasn’t his usual dominating self, surrendering four runs in five innings. But Expos starter Mudcant Grant struggled even more and the teams went into the 7th inning tied 6-6. After a Maury Wills single and a Rusty Staub home run made things 8-6, Coco Laboy took Mets right-hander Ron Taylor deep to make things 11-6 for Montreal. They would hold off a Mets rally and win their first game, 11-10.

However, the Mets would get the last laugh as the Expos understandably struggled to a 52-110 record in their first season, while New York went on to win their first ever World Series.

1974 – A new home run king: When Babe Ruth turned his focus to hitting full time in 1920, nobody had ever seen anyone like him. Ruth finished his career in 1934 with 714 home runs and many felt his record would be nearly impossible to break. Forty-one years later, Hank Aaron was ready to take the crown.

Aaron finished his 1973 season with 713 homers, one away from Ruth’s record. He didn’t wait long to make history the following spring.

Aaron homered on Opening Day against the Cincinnati Reds to tie Ruth. Just days later in the fourth game of the season against the Los Angeles Dodgers, Aaron took lefty Al Downing deep and over the left-centre field wall in the fourth inning to claim his spot atop baseball’s home run list that would last until 2007.

“Here’s a drive deep into left centre field. That ball is going to be… out of here! It’s gone! It’s 715! There’s a new home run champion of all-time and it’s Henry Aaron,” belted Braves broadcaster Milo Hamilton as Aaron rounded the bases.

1990 – Faldo wins second straight Masters: A year after winning his first ever Green Jacket in 1989, Englishman Nick Faldo was back at Augusta the following April to defend his crown. After playing the first two rounds at one-under, Faldo made a charge on Moving Day, shooting a six-under 66 to catapult him to within three shots of the lead held by 1976 champion Raymond Floyd.

Faldo kept coming on Sunday, shooting a three-under 69 to tie Floyd and set up a sudden-death playoff beginning at the 10th hole. Both golfers parred the playoff-opener and headed to the 11th with the title for the taking. Floyd’s errant approach shot found the pond while Faldo’s safely landed on the green, setting up his second consecutive Masters title.

After narrowly missing a birdie putt, Faldo tapped in for the win and became just the second golfer ever to win two Masters in a row, joining Jack Nicklaus in 1965 and 1966. It was the third of six career majors for Faldo.

1912 - Happy birthday Sonja Henie: Sonja Henie was born on this day in 1912 in Oslo, Norway, into a wealthy family who encouraged her to participate in a variety of sports at a young age. She showed interest in tennis, equestrian and skiing, but Henie pivoted to figure skating full time and found her calling.

She would go on to have one of the best careers by a figure skater ever, winning the Olympic title in three women’s singles events (1928, 1932, 1936), 10 World Championships and six European Championships.