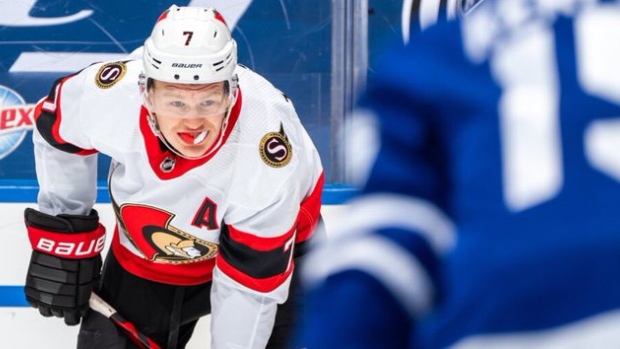 Batherson, 23, was headed to his first All-Star Game, but was injured during Tuesday night's contest against the Buffalo Sabres when he fell awkwardly into the boards after an elbow from goalie Aaron Dell. Senators coach D.J. Smith confirmed that Batherson is expected to miss time with an ankle injury. Dell is set to have a hearing over the incident with the NHL's Department of Player Safety.

Tkachuk, 22, will now head to his second All-Star Game after having previously been selected in 2020.

A native of Scottsdale, AZ, Tkachuk has 12 goals and 15 assists in 33 games this season, his fourth NHL campaign.

All-Star Weekend is set for Las Vegas beginning on February 4.