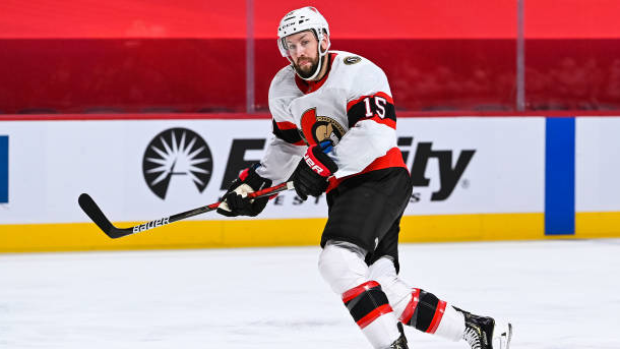 Ottawa Senators forward Derek Stepan left Tuesday's matchup with the Montreal Canadiens with an upper-body injury in the first period and did not return.

After the game, Sens' head coach D.J. Smith told reporters Stepan will be re-evaluated Wednesday and did not have an estimation of a potential return.

DJ said Derek Stepan will be re-evaluated. Didn't have a timetable on return. #Sens

Stepan played 2:30 of ice time in the first, recording one assist before his departure.

Ottawa went on to win the game 5-4 in a shootout for their second victory in a row.

The Senators will be back in action Thursday against the Calgary Flames.