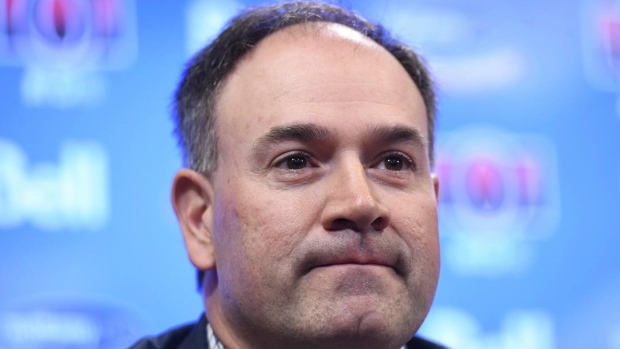 Ottawa Senators GM Pierre Dorion told reporters Tuesday that all the players and one staff member have recovered from COVID-19.

#sens Dorion says “all the players (5) and 1 staff member have all recovered.” from COVID-19

Dorion said the health and safety of his staff has been his biggest concern since the start of the COVID-19 pandemic and that everyone is good now.

The Senators were one of two NHL clubs to announce positive diagnoses for their players, along with the Colorado Avalanche. Both the Sens and the Avs played against the Sharks at the SAP Center in early March after Santa Clara County had issued a warning about large gatherings due to the outbreak. The Sens later played the Los Angeles Kings in the Staples Center directly after a visit from the Brooklyn Nets, who also had four players test positive for the novel coronavirus.

Dorion said he's optimistic hockey will return at the right time, and that when sports do return, it can help people get away from the day-to-day stress.

“We all know this is a changing world from day-to-day. I think the first thing that we have to think about is our fans. We have to think about this pandemic and making sure that if we flatten the curve then we can beat it, but in saying that I am probably one of the optimistic people. I am very optimistic that we are going to see hockey at the right time. I think it is something people need, our fans need, or people want to see. Sports in general is a way that people can get away from their day-to-day stress of life and enjoy it so I believe sports are something we are going to see. Whether it’s in two weeks, a month, two months, I am very optimistic we are going to see some hockey. And what makes me so optimistic is that in Gary Bettman the league is in good hands, they are going to do what’s right for everyone."

Dorion also said the team has made three proposals to the league concerning the restart of the season and the off-season, including the NHL Draft and Draft lottery.

#sens Dorion says "we have made 3 proposals to the league” (regarding the regular season resuming, the lottery, the upcoming draft and the playoffs)
"We want to make sure we have a voice in this..in what could possibly happen."

Dorion also said the team has done their homework on this year's draft, calling it the deepest in years.

#sens Dorion "we did our homework...this 2020 draft is the deepest in years."

The Sens GM has also been using the NHL Draft simulator as part of his routine every morning.

"Every morning it’s part of my routine and I do it until, when we get 1 and 2 I stop. So some days it takes me a few more minutes longer but wherever we pick we know we are going to get three great players in the first round."