Stuetzle, 18, had surgery last month after suffering a broken arm while training with his German team the Mannheim Eagles. The Senators announced his recovery time was expected to be six-to-eight weeks, which would make him available for the start of the tournament next month in Edmonton.

Stuetzle had five assists in five games at the 2020 world juniors in the Czech Republic.

He also had seven goals and 34 points in 41 games with Mannheim in 2019-20 in his country's top professional league, which ranked him seventh on the team despite being the Deutsche Eishockey Liga's youngest full-time player.

The NHL is aiming to start next season on Jan. 1.

Other notable invitees include Buffalo Sabres prospect John-Jason Peterka and Lukas Reichel of the Chicago Blackhawks. 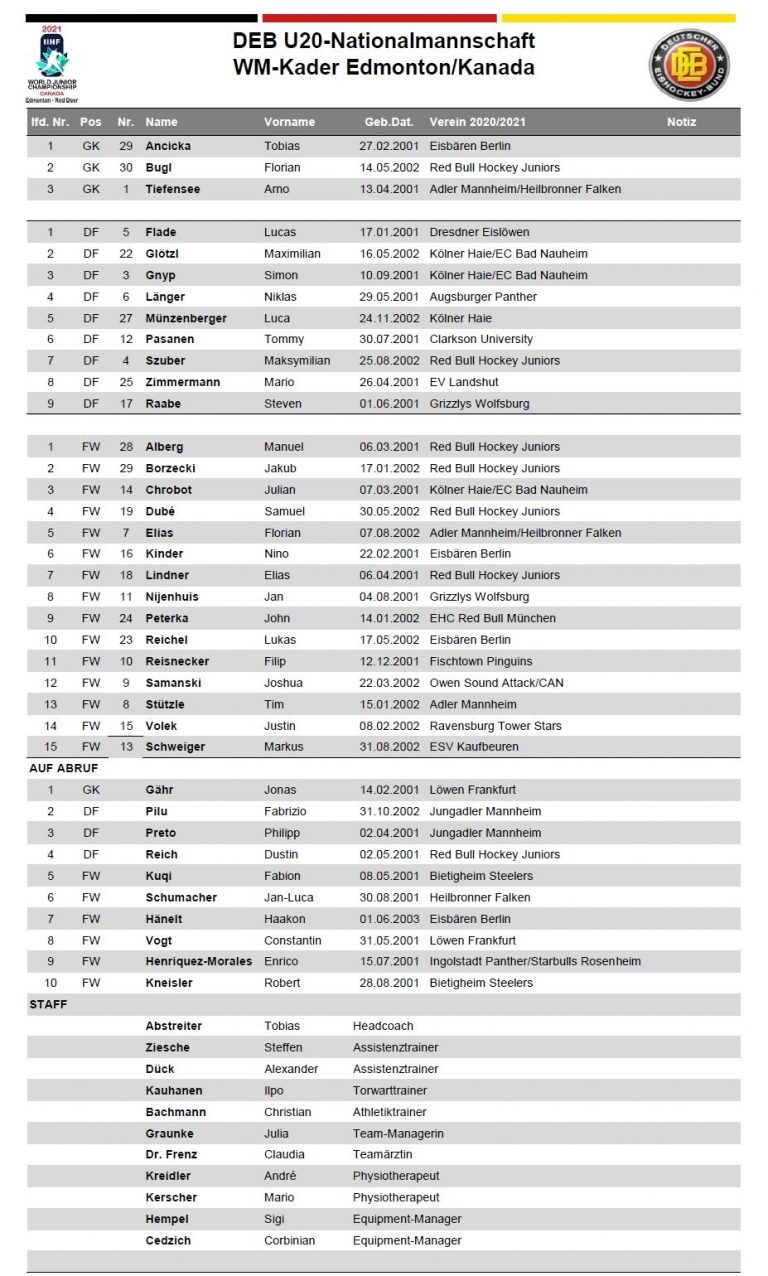