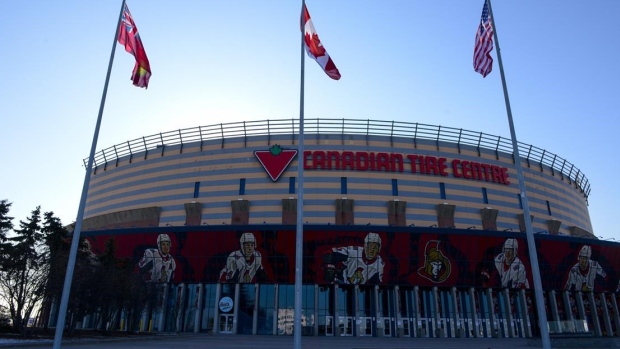 The Ottawa Senators have entered a bit to host the 2023 World Junior Championship with the Ottawa Sports and Entertainment Group.

According to Bruce Garrioch of Postmedia, the Senators organization made the decision on Tuesday night, breaking away from plans to enter a bid with Quebec City.

La Presse reported last week that the Senators were discussing the possibility of playing five home games in Quebec City's Videotron Centre next season, a report that was dismissed by Senators president of business operations Anthony LeBlanc. He specified at the time that the club has had discussions about a joint bid to host the World Juniors with Quebec City and while the possibility of the Senators playing neutral site games at the Videotron Centre was tabled by Quebec government officials during those discussions, that specific talking point never went any further.

Garrioch adds that the QMJHL's Halifax Mooseheads and the Moncton Wildcats of the Quebec Major Junior Hockey League are also believed to be working on a bid to host the tournament, as well as Vancouver and Victoria, B.C., London and Kitchener, Ont., and Regina and Saskatoon, Sask.

Hockey Canada is expected to decide on the host later this month.