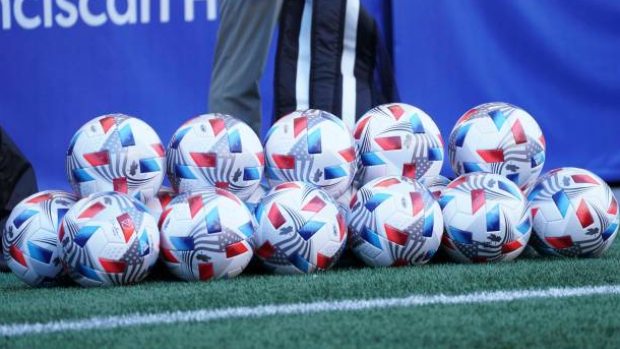 Ciara McCormack has been in the trenches for more than a decade.

The retired soccer player and former member of the Vancouver Whitecaps women’s team has been fighting to have players’ voices heard since the late 2000s, and was the first to publicly come forward in 2019 with accusations of inappropriate behaviour against a former coach.

Now, with the backing of the Professional Footballers Association Canada (PFACan), she has a newfound sense of optimism.

“I think that this is the most hopeful that I've been in terms of having somebody at the table advocating for us,” McCormack told TSN over Zoom on Tuesday. “I think there's a different feel to it this time. You're almost scared to be hopeful but, at this point, I think it's the best shot that we've had.”

On Monday, PFACan, a union for both female and male elite Canadian soccer players, released a statement on behalf of former Whitecaps players who were a part of the club’s women’s team in 2008 and 2011. The Whitecaps are facing allegations of misconduct involving two of their former coaches, Bob Birarda and Hubert Busby Jr.

In the statement, the players issued several demands for the Whitecaps, Canada Soccer and MLS to help ensure that the players’ voices are being heard.

McCormack is a board member with PFACan, which was officially incorporated in 2020. She believes that if PFACan had existed in 2008 and 2011, the situation would have been very different for the players who were affected.

“I think that was the biggest problem back then – there was nowhere for us to go,” she said. “In all the occasions of it, we followed the process of what we thought was the right thing to do, which was to go to the organization for help and, obviously, we were failed quite significantly.

“If we had had an outside resource to go to in 2008, or 2011, I don't think any of this would have unfolded, or it would have been nipped in the bud very quickly.”

Last week, MLS announced it has engaged Rubin Thomlinson LLP, a Toronto-based legal firm that specializes in workplace abuse, to conduct an independent investigation into how the Whitecaps handled allegations of misconduct against Birarda and Busby.

This comes after Malloree Enoch, another former player, told The Guardian that Busby had attempted to solicit sex from her during a recruiting process. Busby has been provisionally suspended by the Jamaica Football Federation from his role as head coach of the Jamaican women’s national team.

Enoch said she had been trying to tell her story to local reporters in Vancouver for years, but to no avail. Like McCormack, she feels that players’ voices are now starting to be heard.

“It's kind of a gift and a curse, though, because it's taken over a decade,” she told TSN on Tuesday. “So, as they say, the squeaky wheel gets the oil. So, I'm not sure if they were just finally worn down, or voices are actually being heard. I'm getting the sense that they are, though… Overall, I think we're getting the support.”

Among the demands issued from PFACan was a call for the Whitecaps and Canada Soccer to agree to provide all relevant documentation to the investigation firm, including any non-disclosure or departure agreements that may be signed involving Birarda and Busby.

Whitecaps CEO Axel Schuster said he is willing to commit to all the demands issued specifically to his organization.

“I can say that I understand all the requests and I have already committed to a few of them, and I have no problem to commit to all of them,” he told TSN over the phone on Tuesday. “I have always said we will fully support the investigation. We will provide every document we have, every document they want to see.”

Another request includes the Whitecaps and Canada Soccer providing funding for mental health services for at least one year that any former player under Birarda or Busby may require.

“This is very important to me,” Schuster said. “As the spokesperson of the club, first, I want to apologize once again to everyone who suffered pain in our organization. And I want to encourage everyone who has some experience like that to help us during this investigation, to speak up, to let us know, let the investigator know what really happened.”

McCormack has previously discussed the toll these past years have taken on her and feels that the funding request is a vital part of PFACan’s plan to help the players heal.

“At the end of the day, we should have just been able to play soccer and had a positive experience and moved on, and unfortunately, that wasn't the case for a lot of people,” said McCormack. “So, I think that that component of it and fighting for that support for other players is a really important part of adding into what we asked for.”

Schuster said he plans to fly across the country to meet with any parents associated with the club’s youth teams to discuss any concerns they may have, and that he hopes to have these meetings conducted before Christmas.

Enoch confirmed that she has heard personally from Schuster and that he apologized to her. She said while she appreciates his efforts, especially considering Schuster did not join the club until 2019, she is frustrated by the fact that the Whitecaps executives who have been placed on administrative leave remain anonymous.

Schuster told TSN last week that he has been instructed by the investigation not to divulge any more information regarding the identities of executives who have been placed on leave.

“I feel bad for the conversation that I had with [Schuster] because I showed some anger,” said Enoch. “But he's the messenger, and that's completely unfair. I've had to come forward, show my face, say my name.”

“To be honest, I was actually kind of surprised that that they wouldn't be named,” said McCormack. “But then at the same time, after everything we've been through, it just seems to perfectly be a metaphor for how all of this is unfolded, and how we've been put in harm's way and how they've been protected the whole way, despite all the atrocious decisions they've made.”

Canada Soccer has previously stated that they will commit to a third-party investigation into Birarda, who was also the head coach of the national women’s under-20 team. In the PFACan statement, the former players are asking for Canada Soccer and MLS to agree to allow the investigation by Rubin Thomlinson to expand to involve Canada Soccer and their dismissal of Birarda as well.

They are also asking for Canada Soccer to provide PFACan with preliminary findings of the joint investigation, and to commit to making the final report public.

A CONCACAF spokesperson told The Guardian on Monday that Montagliani had no direct oversight of the Canadian national teams when the allegations occurred, and that his role as vice president, national teams of Canada Soccer was focused on fiduciary oversight.

Like McCormack, Enoch feels hopeful that accountability from organizations is forthcoming.

“I also feel comfort in knowing that if some things aren't disclosed that we know are facts, that we are going to have the support to get the facts and they will come out. But I feel very comfortable. I'm confident with the direction that they're moving,” she said.

“I think our ultimate goal is to find safe sport for all athletes… I think we all need to be able to feel safe to have somewhere to go when we have complaints, and we need to be taken serious. People don't typically, recreationally, like to expose themselves as victims. We need it to be on the forefront like they're doing right now.”