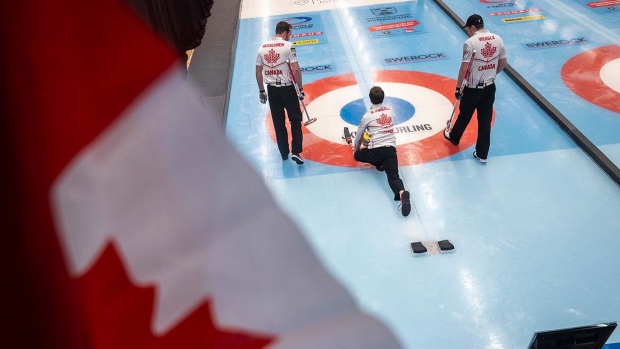 Germany stormed out to an early 4-0 lead on Purcell, vice Joel Krats, second Adam McEachren and lead Scott Weagle at the Jönköping Curling Club. The Canadians battled back but Kapp had hammer in the 10th end and made an open hit for the victory.

“They’re a really strong team and giving up early points like that is very tough to come back from," Purcell said. "They played really well and capitalized on a lot of our misses."

The Canadian women's team skipped by Isabelle Ladouceur of Sudbury, Ont., did not make the playoffs at 3-6. Canada was one of four women's teams relegated to the world junior-B championship next year.

Canada swept the gold medals at the 2020 world juniors in Krasnoyarsk, Russia. The 2021 event was not played due to the pandemic.

This report by The Canadian Press was first published May 21, 2022.