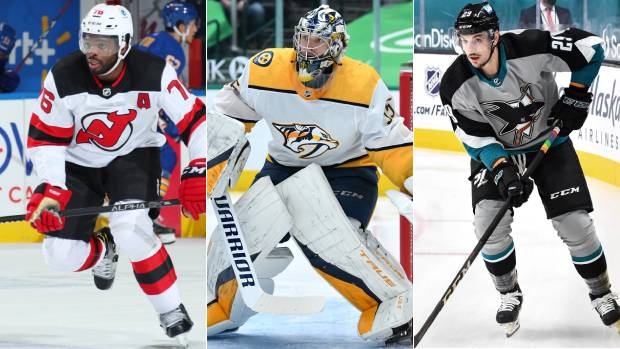 The King Clancy Memorial Trophy is presented annually to the player "who best exemplifies leadership qualities on and off the ice and has made a noteworthy humanitarian contribution in his community.”

Subban is now a three-time King Clancy Memorial Trophy finalist and for his work with the P.K. Subban Foundation and other efforts during his NHL career in Montreal, Nashville, and now New Jersey. The 32-year-old established his Blueline Buddies program in New Jersey in 2019 and adapted the program to go virtual during the COVID-19 pandemic.

Rinne is recognized for his continuing work improving the lives of many in Middle Tennessee. Rinne has helped to form the 365 Pediatric Cancer Fund, which has totalled more than $3 million in donations. The 38-year-old also has affiliations with Best Buddies, Make-A-Wish, and the Peterson Foundation for Parkinson's.