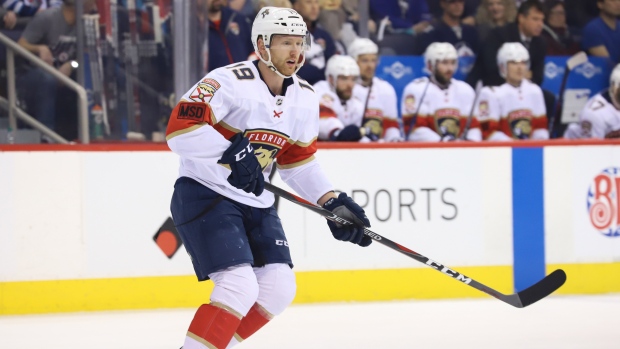 This is the first suspension of the 24-year-old Pointe Claire, QC’s four-year career.

The incident occurred in the third period of Saturday night’s contest. After scoring on the power-play earlier in the game for his fifth goal of the campaign, Pettersson, 19, was taken hard into the boards behind the Panthers net before Matheson used his weight to sned the fifth overall pick in the 2017 NHL Entry Draft to the ice. Pettersson appeared to be shaken up after the hit and needed to be assisted off the ice by team training staff. He went straight to the locker room. Pettersson did not return to the game. There was no penalty called on the play.

The Canucks announced Monday that Pettersson is expected to miss at least seven to 10 days and it could be longer depending on symptoms.

"That's a dirty play,” Canucks head coach Travis Green said after the game. “The league is trying to protect the good young players and that's just a dirty play.”