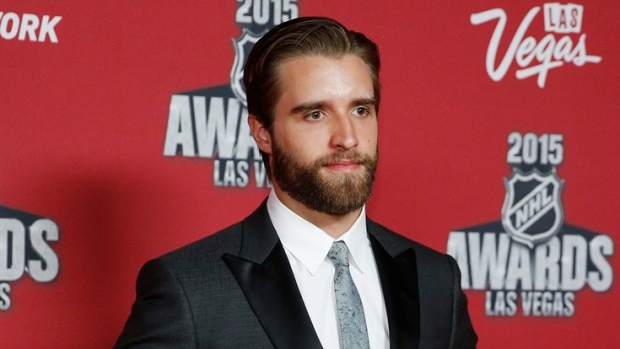 LAS VEGAS, Nev. - Aaron Ekblad was a surprise winner of the Calder Trophy as the NHL's rookie of the year — to himself.

"I did not expect to win this trophy at all. I didn't," the Florida Panthers defenceman said. "I assumed that a forward would win it. I think it's an award dominated by forwards."

Ekblad played top-pairing minutes as a teenager, and his quick adaptation to professional hockey and consistency on the blue line won him a tight race with Mark Stone from the Ottawa Senators and Johnny Gaudreau of the Calgary Flames.

Although he was surprised, the 19-year-old has wanted to win the Calder for months.

"I set out goals for myself at the beginning of every season that I wouldn't tell a single soul, and this was one of them," Ekblad said.