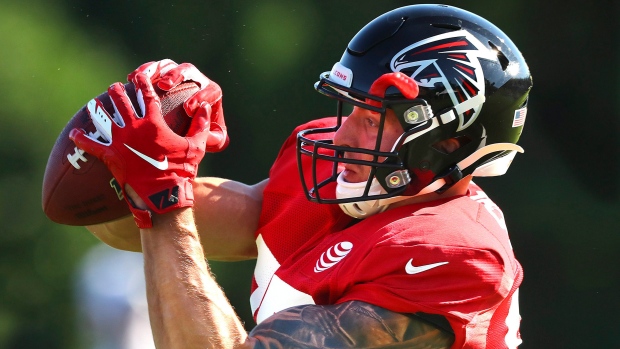 Saubert, entering his third season, had five catches for 48 yards for the Falcons in 2018. He played in 16 games with one start. He had one catch for 7 yards in the Falcons' first two preseason games. Saubert was a fifth-round draft pick from Drake in 2017.

The Patriots have questions at tight end following Rob Gronkowski's retirement. Veteran Ben Watson will be suspended for the first four games following a positive test for a banned substance.

Austin Hooper, a 2018 Pro Bowl pick, is Atlanta's starting tight end. Luke Stocker and Logan Paulsen head the list of others competing at the position.