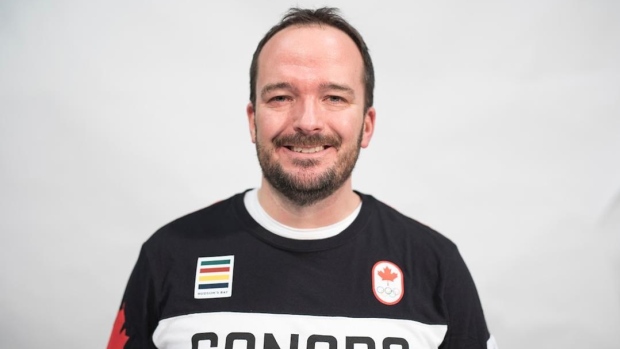 In his long career as a curling coach, Paul Webster has always been excited to share the things he knows about the sport.

The pandemic break gave him a chance to improve his listening ability too. He decided to take mediation courses, giving him another skill in an ever-expanding coaching toolbox.

"I'm a better parent, a better husband and definitely a better coach," he said.

Webster, a 47-year-old curling director at Calgary's Glencoe club, is giving up his position as Curling Canada's national development coach to serve as a full-time coach for the new-look Team Brendan Bottcher.

With each player boasting a strong curling resume, the Alberta-based rink will be a favourite to succeed next season. The addition of Webster -- and his high-performance expertise -- should improve its chances.

"They're just trying to make that jump and beat all those European teams that are beating us on a consistent basis right now," Webster said. "So one thing they wanted to do was find a coach that could possibly provide them with everything they felt they needed. They didn't want to wait for that so they came early and knocked on my door.

"They weren't sure if I was going to be able to commit to leaving Curling Canada but the more they talked to me and the more I thought about it, the more excited I got."

Webster will still serve as a coaching consultant for the federation. However, he'll no longer work with any other men's teams, and like the four players, has committed to a four-year cycle.

"What I love is they're coming from four of the best teams in Canada and they're making a new team," he said. "So you've got parts of (Team) Bottcher, (Brad) Jacobs, (Brad) Gushue and (Kevin) Koe. So there's got to be some pieces there that they can sit and talk and say, 'OK what part of this do we need to steal from the last team I was on?'

"I think those discussions are going to be some of the most intriguing because these guys have been on super-successful teams."

Location was also a factor in Webster's addition and the roster makeup.

Instead of cross-country flights that some other teams require, a few hours in the car is all that's needed to get the Team Bottcher members together when play begins in a few months.

The team will be based out of the Glencoe club in the hometown of Webster, Hebert and Gallant. There will be some practice sessions in Edmonton, since Kennedy lives in St. Albert and Bottcher is from Sherwood Park, and possibly in Red Deer too.

"From what I've heard with these guys, the preparation, the practice and the training, and really the research too is at the forefront," Webster said. "They want to do things differently and they're also the first to say there's some things out there they (want to learn).

"So they're already looking at experts that we can bring in to help shed some light onto some of the stuff that we want to learn and how we adapt."

Canada has struggled on the international scene in recent years in both men's and women's play.

Gushue's bronze at this year's Beijing Games was the only time Canada has been on the Olympic team podium since 2014.

"I really respect the risk these guys are taking to jump over and say, 'Let's go,'" Webster said. "I mean Brett has been on Team Gushue for the last 10 years and could have easily just stayed. That team has been winning everything under the sun.

"But there's just that change needed sometimes ... or just that risk to say, 'OK Let's see what else we can do and if there's another level that we can take.' Their collective risk-taking I can super-appreciate and respect."

On-ice training will likely begin around mid-August, Webster said. They also plan to get together in the off-season for some team bonding.

Webster will bring some technical expertise to the mix and help manage some of the team conversations, an area where his mediation training may come in handy.

He called it some of the "best education" he's ever had.

"I don't think I'm going to mediate any time soon as a profession but it's helped me just talk between two teammates," he said. "Instead of throwing my opinion in the mix, it's getting them to understand where the other person is coming from and then hopefully trying to find middle ground."

Specifics on the team's competition calendar have yet to be finalized.

The Grand Slam circuit begins Oct. 4-9 with the Boost National in North Bay, Ont., the first major event of the four-year cycle leading to the 2026 Milan Olympics.

"At the end of this quadrennial, my goal is to look back and say, 'There's nothing that we left on the table,'" Webster said.