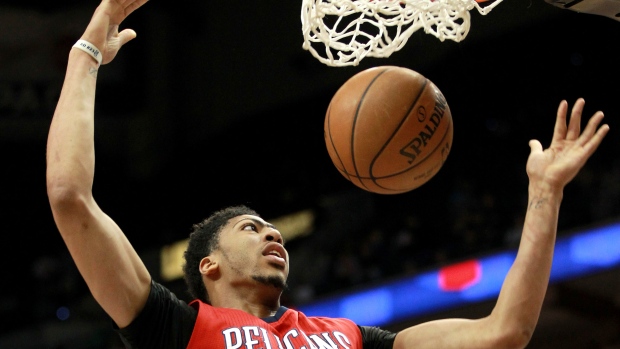 NEW ORLEANS - New Orleans forward Anthony Davis has left the court with a left shoulder injury and will not return in the Pelicans' game against the Denver Nuggets on Tuesday night.

Davis could be seen grimacing while playing in the first quarter. He started the game 0 for 3 from the field and had not scored when he left the court during a timeout with 5:39 left in the period.

Davis entered the game averaging 25.5 points, 9.3 rebounds and 2.8 blocks, but had just returned one game earlier from a two-game absence caused by a hip injury.