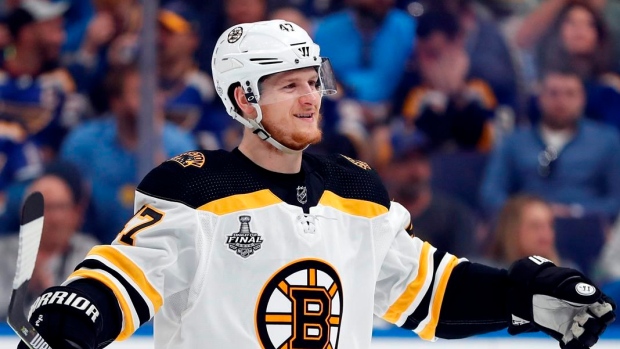 For pending unrestricted free agent Torey Krug, the uncertainty around the remainder of the NHL season has also carried over to his future with the Boston Bruins.

"For me personally, I really hope I did not play my last game as a Boston Bruin," Krug said on a conference call Tuesday, per NHL.com. "It's been a special place for me and my family to grow and my love for the game and playing in front of these fans, it's been very special to me."

The 28-year-old defenceman has spent his entire career with the Bruins since joining the team out of Michigan State University in 2012. He's spent this season playing out the last year of a four-year, $21 million contract signed with the team in 2016.

Krug revealed Tuesday that the two sides have not engaged on extension talks since the league went on pause on March 12.

"It's a good question, probably one that many people would like to know an answer to," Krug said. "We haven't had any talks since this thing has started. I can't speak for any other UFA that's in a position like I am, but in terms of my situation here in Boston, we haven't continued any talks or made any progress in that regard."

Krug has nine goals and 49 points in 61 games this season and sits third among Bruins defencemen in average ice time at 20:29 per game.