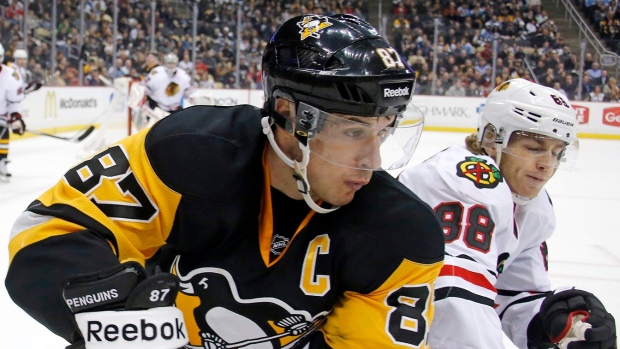 The team said Friday that Crosby was injured during a loss to Montreal on Jan. 10. He tried to play through it but opted for further treatment. The two-time MVP will miss this weekend's All-Star Game. He will miss Tuesday's game against Winnipeg but could return when the Penguins play at Washington on Wednesday.

Crosby is tied with Evgeni Malkin for the team lead with 51 points, which ranks fourth in the NHL. Crosby has come on following a sluggish December with three goals and four assists in his last five games. He logged 23:06 of ice time in a shootout loss to Chicago on Wednesday.